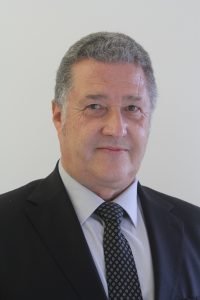 Paulo Réfega – Portuguese Lawyer
Born in Alcântara, Lisbon – Portugal on the 10th of July 1961.
Degree in Law by the University of Lisbon, course of 79/84.
Languages: Portuguese, English, Spanish, French.

PROFESSIONAL EXPERIENCE
Training as Lawyer in Lisbon between 1985 and mid 1986.

Established in the Algarve – Portugal at the end of 1986, working in a Law Firm at Loulé, later at Almancil and Albufeira. Established his own practice in mid 1990 working mainly in Corporate and Tax Law both in an international perspective.

May 1990 to May 1998 – Consultant and director of The International Company Services Limited Group, one of the world´s largest private groups in the area of setting up and administration of offshore companies and structures.

June 1998 to November 1999: Joined Saraiva Lima e Associados, a Portuguese law firm with offices in Lisbon, being in charge of the international tax planning department.

November 1999 to July 2006: established his own practice in Lisbon, working mainly in Corporate Law, Tax Law and Real Estate Law. Consultant and manager of the Portuguese office of ILS Fiduciaries, an international Fiduciary Services and Corporate Service Providers Group.

Paulo is now the Portugue office of Kobalt Law LLP, based in Cascais, working in Corporate Law, Tax Law and Real Estate Law.